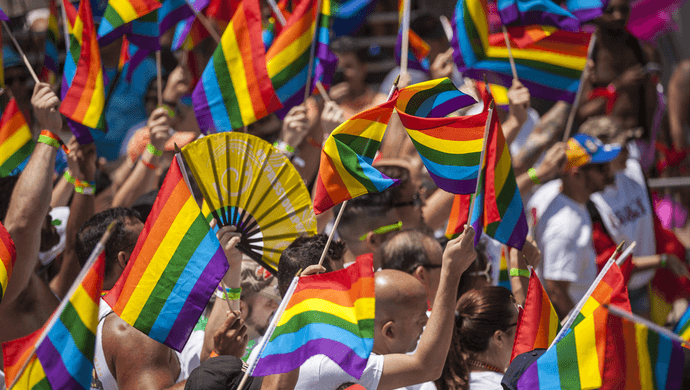 For gay people everywhere, June is one of the most important months of the year. June is Pride Month, a time in which we can express ourselves freely and show confidence in who we are. Those of us living in more tolerant countries should be grateful for the freedoms and enjoyment these festivals provide.

Below is a list of the top ten gay marches worldwide, each of which helps to celebrated individualism and being yourself. They serve as a reminder of love and will help you to learn about the journey people have taken to get there.

Best March in the UK

Each year, London Pride flags wave as it celebrates the diversity of the LGBT community and the progress that it has made whilst also calling attention to the obstacles faced by LGBT people today.

After the Stonewall march in June 1969, London had its own rally three years later to shed light on the plight of LGBT individuals. Since then, the festival has drastically transformed into a haven of inclusivity and acceptance for all and a promotional event for same-sex marriage.

There are areas designated for individuals with limited mobility and viewing platforms which include British Sign Language and approximately 30 000 people attend this world-famous celebration each year, including the Mayor of London.

It will undoubtedly keep you invested and stimulate your drive for equality for all.

Best Festivals in the USA

The Stonewall riot in New York City on the 28th of June 1969 was the catalyst of the gay rights movements and was a mere year after that the first parade occurred, going from Greenwich Village to Central Park. This single celebration set the model for all future celebrations thereafter and a significant event for gay history leading up to the legalisation of same-sex marriage worldwide.

As a result, New York Pride is easily one of the most famous celebrations, with an average of 2 million attendees every year. Activists like Marsha P Johnson and other drag queens began fighting for our right to exist.

Their calls for change were echoed worldwide, culminating in the global LGBT marches that we see in many countries today. Be part of the change and show off your true colours at this unforgettable annual event!

2021 marks 50 years since the first march for LGBT rights in LA. This important milestone reminds us of the phenomenal progress that has been made for LGBT+ individuals due to the work of grassroots organisations and leaders, who changed LA into one of the earliest supporters of the LGBT rights movement for gay history.

It was a raid by police on Black Cat Tavern in 1967 that propagated the United States LGBT+ rights movement. This attack spurred people to fight for their rights and transformed LA into a bastion of love, rebellion, and made it part of the fight for LGBT rights. Indeed not a festival to be missed.

Another first for gay history, the Pride Flag was first used on the 25th of June 1978 in San Francisco.

The artist, Gilbert Baker, created the flag as a symbol that “our job as gay people was to come out, be visible, and live in truth.” The flag represents visibility and our community being seen in the eyes of others.

Harvey Milk, who was the first openly gay man elected to US office, was an excellent inspiration for Baker, who wanted to create something that showed the strength and diversity of the LGBT community.

Each of the eight colours on the flag acts as an important symbol. Green represents nature, orange denotes healing, violet shows spirit, red is life, indigo symbolises harmony, yellow shows light, turquoise represents art, and pink is for sex. We fly them at each annual LGBT event in remembrance of our struggles as a community and to commemorate the legalisation of same-sex marriage.

Best Pride Parades Around The World

The first celebration in Spain was held in 1978, and it has been held every year since, aside from in 1980. It is consistently the biggest inclusivity parade across the whole of Europe.

Francisco Franco criminalised homosexuality and forced LGBT+ individuals to lose many of their fundamental human rights during his dictatorship. After he died in 1975, the first celebration was held in 1977 as a tool to celebrate freedom and LGBT individuals.

Global affairs forced the annual event to go entirely virtual in 2020. Approximately 2 million individuals attend the celebrations in Spain every year, with Madrid’s celebration being bested only by San Francisco in terms of size.

The first LGBT march in Tel Aviv was held at Rabin Square in 1979 and marked a monumental change in gay history for the Middle East. This protest helped push support for LGBT rights in Israel, and the 1997 march bears many similarities to the annual events we see today.

In particular, Israel’s perspective on LGBT rights is easily the most progressive in all of the Middle East, making the march in Tel Aviv every bit iconic. The city is often touted as a gay capital, being one of the most LGBT-friendly cities in the world, and it’s not hard to see why.

Each year, the city hall is lit up to broadcast the colours of the pride flag to show the city’s unwavering support for the LGBT community.

LGBT celebrations in São Paulo have very humble beginnings, with the first festival in 1997 attracting only 2,000 people.

The festivals have grown exponentially since then, and it is now one of the biggest celebrations in the world, promoting acceptance and tolerance. There are giant floats, fabulous costumes, and incredible live music with drag queens.

The political nature of Pride is central to São Paulo’s celebrations and for applying pressure to Brazil’s political parties with a new slogan being chosen for each year that acts to encourage public policy in support of equality. Previous slogans have pushed for secular laws and the legalisation of same-sex marriage.

Once the day ends and the night begins, the festivals continue as you become part of a memorable celebration of acceptance. This is an ideal destination for all LGBT individuals. Surely you can find the perfect photo-op for your Cupid profile and meet some great peeps.

Although the first celebration in 2003 was held a little later than in other countries, the parade in Taiwan marks the most extensive annual celebrations across the whole of Asia each year. This event is grand in its own way because all the political parties in Taiwan support LGBTQ rights.

With the rest of the world at a standstill in 2020, Taiwan’s COVID case numbers were so low that the celebrations continued. These celebrations were the biggest in number worldwide since the beginning of the pandemic and further demonstrated the city’s role as a bastion of hope as the gay capital of Asia.

Whereas most celebrations occur during the month of June, the festivals in Taiwan don’t happen until the very end of October, when the weather is far cooler.

Even the streets outside Taipei City Hall are transformed into a “rainbow road” using the pride flag colours to celebrate this festival of inclusivity and acceptance. Taiwan also made gay history as the first country in the whole of Asia to legalise same-sex marriage on the 24th of May, 2019.

Pride undergoes a bit of a change in Sydney, where it is known as “Mardi Gras,” meaning “Fat Tuesday” in French!

On the 24th of June, 1978, the Gay Solidarity group peacefully assembled in a march throughout the streets of Sydney to promote LGBTQ+ culture and invigorate the community in cultural activism to fight against the discrimination seen by our community daily.

The first celebration was organised by the Gay Solidarity group on the 24th of June 1978, who marched peacefully through Sydney bearing pride flags galore. They worked to raise awareness regarding the everyday discrimination faced by LGBT individuals and call many in the community to action to fight against it.

Despite being entirely peaceful, the police attacked the parade and the truck that was blaring acceptance speeches. This resulted in over 50 innocent protestors being detained.

Later, the festivals became widely supported and accepted by many Australians, who helped to transform Sydney Mardi Gras into one of the largest and most iconic celebrations of diversity worldwide.

Today, the festival is a huge, fabulous party that embodies all aspects of LGBT+ rights, ending with a jaw-dropping parade and many other breathtaking annual events!

We recommend snapping a pic with a pride flag during the extravagant street parties and using Match to find the perfect date!

Every year, the annual events for the LGBT community in Johannesburg hold the joint titles of the biggest gay celebrations and the most extended celebrations across all of Africa.

First held in the 1990s under the brutality of apartheid, each year, Pride works to remind LGBT+ individuals of the importance of freedom and the fight for equality in South Africa.

Like in São Paolo, Johannesburg’s festivals are profoundly political and work to fight LGBT oppression and for same-sex marriage rights. Previous issues have included the corrective rape of lesbians in small South African townships.

The festivals act as a memory for the victims and serve as a tool to prevent them from occurring again.

All of these festivals are a great choice and whichever you choose you will find someone to spend some quality time with. Make sure to use some of the online dating websites while you’re there! They are a safe and fun way to meet some great people around the world and the area you are in! 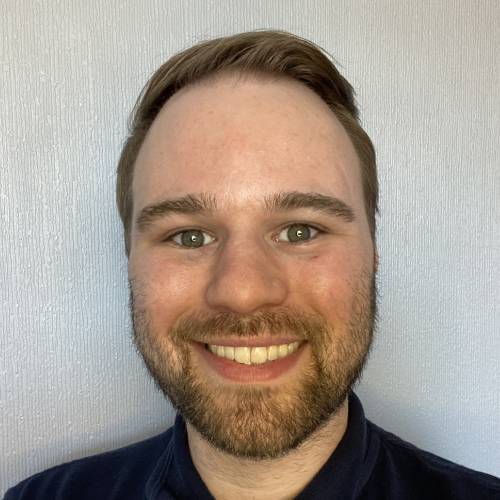 Sean Kivi the owner and gay content writer for www.gaysays.com and writes about equality, justice and all things LGBTQ related with the goal of increasing awareness of the gay struggle. He has experience living and writing about gay culture and dating in countries around the world as a seasoned traveler.