Men Vs. Women – Understanding the Opposite Sex | Top 5 Dating Sites

Men Vs. Women – Understanding the Opposite Sex 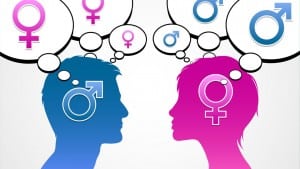 Men and women are just different. We have different views on life and most certainly on love, different codes of behavior as well as different ways of expressing ourselves.

That gap can sometimes feel like an insurmountable obstacle when dating, but it often comes down to differences in communication, rather than a lack of compatibility.

As John Gray famously put it: Men are from Mars, Women are from Venus.

But, what does this actually mean? How does this help us understand the opposite sex? According to astrologists, Mars is dominated by values like strength, action and high-level skills, standing for masculinity. On the other hand, Venus is the feminine planet because it favours the expression of feelings and communication, boosting harmony and creativity.

If you want to understand the opposite sex better, here some basic communication differences you should always keep in mind:

She keeps on talking, he remains silent

Men think that women change their minds all the time, when in fact they just think out loud, so the whole statement is actually a reflection of their information processing. On the other hand, when guys remain silent until they have a final opinion on the matter, their silence is interpreted by women as a lack of interest. Whenever you are faced with this situation, remember that the two sexes have different ways of processing the information: women verbalize along the way, while men tend to refrain from talking until they are sure of what they want to say.

He speaks facts, she expresses feelings

When a guy finally speaks his mind, he often will state facts, making little use of adjectives and avoiding metaphors and double meanings. He will very rarely talk openly about his feelings, while a woman’s vocabulary is filled with emotion-oriented words.

She needs to feel someone listens to her, he looks for a solution

After a long day at work, or when going through stressful times, women often feel the need to unload just for the sake of it. Having someone who listens to her is important for a woman. Faced with such a situation, a man will most probably immediately start looking for a solution, when in fact she does not need one. She just wants to feel that she has his support.

Just take a look at a couple next to you, and you will understand the difference. When faced with a problem, the woman will look for comfort, whether this is eating ice cream, talking to her partner or her best friend, or even crying on someone’s shoulder. On the other hand, the man will try to find a logical explanation and to figure out a way of solving the issue.

Whether they come from different planets or not, men and women have distinct ways of seeing the world, not to mention totally different behavior codes. This gap is the basis for many misunderstandings within couples, but also in other social situations. That’s why it is important to understand the opposite sex, and to take into consideration the differences between the two.

Put your newfound understanding of the opposite sex to the test in the online dating world, check out our Top 5 Online Dating Sites for reviews of the best sites around.

Alexa is a writer, traveler, and self-proclaimed online dating expert from Seattle. From making mistakes, to falling in love, she’s experienced it all. Alexa is here to give you all the tips, insight, and advice you'll ever need in the world of dating and romance.

This website is an informative comparison site that aims to offer its users find helpful information regarding the products and offers that will be suitable for their needs. We are able to maintain a free, high-quality service by receiving advertising fees from the brands and service providers we review on this website. These advertising fees, combined with our criteria and methodology, such as the conversion rates, our team of reviewer's finding and subjective experience and product popularity, impact the placement and position of the brands within the comparison table. In the event rating or scoring are assigned by us, they are based on the position in the comparison table. See our How we Rate page and Terms of Use for information. The reviews, rating and scoring are provided “as-is” without guaranties or warranties regarding the information contained in our website, which shall not be considered as endorsement. We make the best efforts to keep the information up-to-date, however, an offer’s terms might change at any time. We do not compare or include all service providers, brands and offers available in the market. 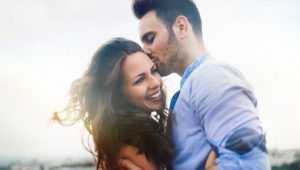 What Your Enneagram Means for Love 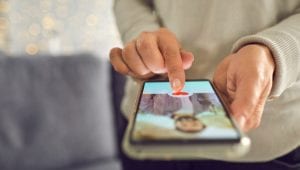 How to Be a Better Dater in 2021
Recommended Reads