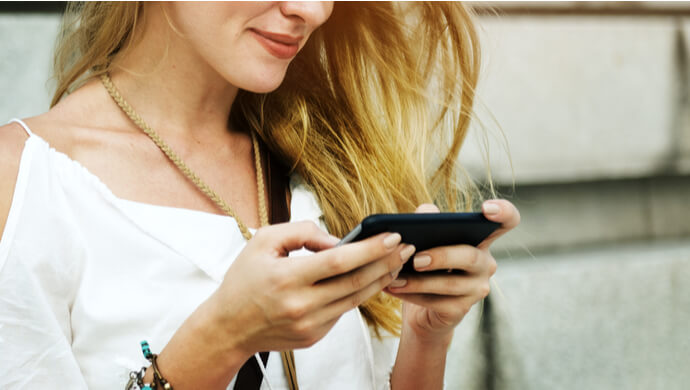 Online dating sites have created a number of possibilities for single men and women all over the world. You’re not waiting to catch someone’s eye across a crowded room, only to stumble through a drunken conversation. You’re not spending many awkward months trying to win the affections of a co-worker.

Whatever your relationship goals, preferences, location, and quirks, you can use online dating sites to make an instant connection that lasts a lifetime.

In other words, online dating does work, but only when it’s done properly. You can’t just create a profile, add a few pictures, and wait for men/women to flock. Life isn’t a Lynx advert.

How to Succeed at Online Dating

Even the best dating sites won’t do the work for you. To succeed, you need to commit, put in the time, and follow a few basic rules.

The more honest you are, the easier the process will be, and the less time you’ll waste. Don’t be tempted to post a picture of a model/celebrity just because you “look a little like them”. Don’t post a picture that was taken over a decade ago, and don’t claim to be something you’re not.

It’s unfathomable why people would lie in this way. It’s as if they’re expecting everything to be forgiven when they sit down for a date and are clearly 200 pounds heavier and 20 years older than their photograph. Maybe the other person is happy with that, but they probably won’t be happy with being lied to.

Be confident in yourself. Post recent pictures, tell the truth, and don’t hide anything. Your lies will be discovered eventually and you’ll have a lot of awkward explaining to do when they are.

It seems that everyone has their own opinion of what online dating sites are and who they attract. For many younger people, they are predominantly targeted at older generations, but for those older generations, it’s a pursuit primarily for youngsters.

The truth is, online dating spans all demographics but there are specific sites tailored towards certain age groups and preferences.

For instance, Elite Singles attracts many professional users. They tend to be university-educated high-earners, and because they’ve finished school and established a career, most are over 30.

Silver Singles, on the other hand, is aimed at daters over the age of 50.

Of course, the best dating sites have matches for everyone. But by focusing on sites targeted toward your age group, not only do you have a larger pool of matches to choose from, but the features will be more suitable.

3. Spend Time on Your Profile

Online dating sites are not personal matchmakers. They won’t do all of the work for you while you sit back and wait for dinner invites.

Many young women can indeed initiate a deluge of messages just by posting an alluring image or two. Even then, however, you have to ask yourself whether you’re interested in someone who doesn’t care about your personality or preferences and communicates in monosyllables.

You need to commit to your profile. Spend some time choosing the right images, listing your likes and dislikes, and writing a biography that succinctly captures your personality. If the site has any compatibility quizzes, participate in them.

The more time you spend on your profile, the more likely you are to find a compatible match.

4. Commit to the Process

It’s always worth spending some time talking to your prospective match. Get to know them and determine whether or not you want to take things further.

If you agree to a date every time you exchange a few basic messages, you may discover that you’re just wasting your time. Eventually, you grow tired of the process and may give up altogether.

If you sense a spark, by all means, arrange a date. You can cut out the middleman and get straight to the point. If not, get to know them and see how it goes.

5. Watch Out for the Dealbreakers

Do your relationship goals match up with those of your date? Do they have similar likes and dislikes, and can you see yourself spending years with them?

The great thing about dating online is that you don’t have to settle for someone who isn’t a perfect match. You could waste the next few months or years with them, only for the relationship to inevitably breakdown.

Keep an eye out for the “dealbreakers” and move onto another match when you find them. These dealbreakers differ from user to user but may range from musical tastes and political allegiances to the lack of a “spark” during a first date.

According to a report by the Washington Post, approximately 75% of people who meet online have no prior connection. In those seemingly ancient pre-internet days, when the closest thing you had to Facebook was a yearbook tarnished with crude comments and doodles, it was rare to date someone you didn’t have a connection with.

Most couples met in high-school, workplaces, or through mutual friends. Even the ones who met in pubs and clubs still had some tenuous connection, especially if they were living in small towns and rural areas.

Of course, when you increase someone’s options, you make them more selective. If you put a massive table of candies, chocolates, and other colourful confectionary in front of someone with a sweet tooth and tell them they can only eat one for the rest of their life, they’ll be sampling those wares until they’ve sniffed and licked every single one.

Decrease their options, and they won’t waste so much time.

As a result, you will get people who have tried all the online dating sites, have been on countless dates, and still spend their days flirting, swiping, and criticising. But is that a bad thing?

The great thing about online dating is that you can be selective if you want to be. There’s no time limit. No one is forcing you to make a choice. In fact, some have argued that the reason people are getting married later than ever, is because they’re taking more time to get to know each other.

Unlike their grandparents, they don’t see a long-term relationship as a locked-in commitment. They know they can walk away at any time, and thanks to online dating sites, they’ll still be able to find someone else when they do. 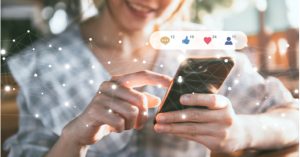 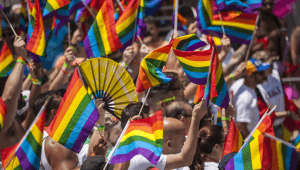